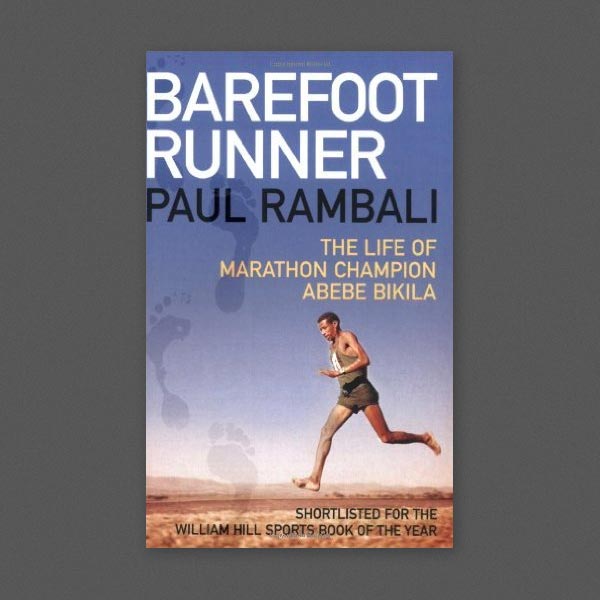 Barefoot Runner by Paul Rambali is the compelling story of how three men forever changed the nation of Ethiopia.

First, there is the narrative of the world famous marathoner, Abebe Bikila. Not only was Bikila the first African to win an Olympic medal, he was also the first man to win back-to-back Olympic marathon titles.

The book also features Major Niskanen, a Finnish officer and coach who, after fighting in the ‘Continuation War’, left Finland in search of redemption. Major Niskanan brings the art of Sisu (a Finnish word generally meaning determination, bravery, and resilience) to Ethiopian endurance running and in the process finds peace in Addis. His achievements remain as one of the greatest coaching accomplishments in running history.

Finally, there is the Emperor of Ethiopia, Haile Selassie. After helping liberate Ethiopia from Italian Imperialism, the Emperor worked to unite and westernize Ethiopia. His constant battles to suppress coups from within the country while avoiding imperial influences from foreign nations reminds us of the fragile times Ethiopia was under as it tried to establish itself in the Nation State Era.

Barefoot Runner reveals how, although many of the tragedies that occurred during World War 2 were due to misinterpreted conclusions drawn from Evolutionary Biology’s theory of the ‘Survival of the Fittest’, society was still not ready to give equality to all humankind. In a time where civil rights issues were at their highest, and when imperial colonialism was just starting to decline, Abebe Bikala shows us how one man can break these concepts and barriers through the art of running.

This book’s tale of how a young man ran barefoot on the cobble streets of Rome to win the Olympic marathon, how a coach pioneered distance running in a nation with untapped potential, and how a leader controversially tried to bring Ethiopia into the Post-WW2 Era, there is something for the runner, coach and historian in all of us.

Personally, I find this book to be a must read among any running fanatic! The Barefoot Runner is inspiring, thought provoking and absolutely fascinating. Definitely worth the read!

If Colin’s review has inspired you to read this book it is available at the Running Works store and also online here.