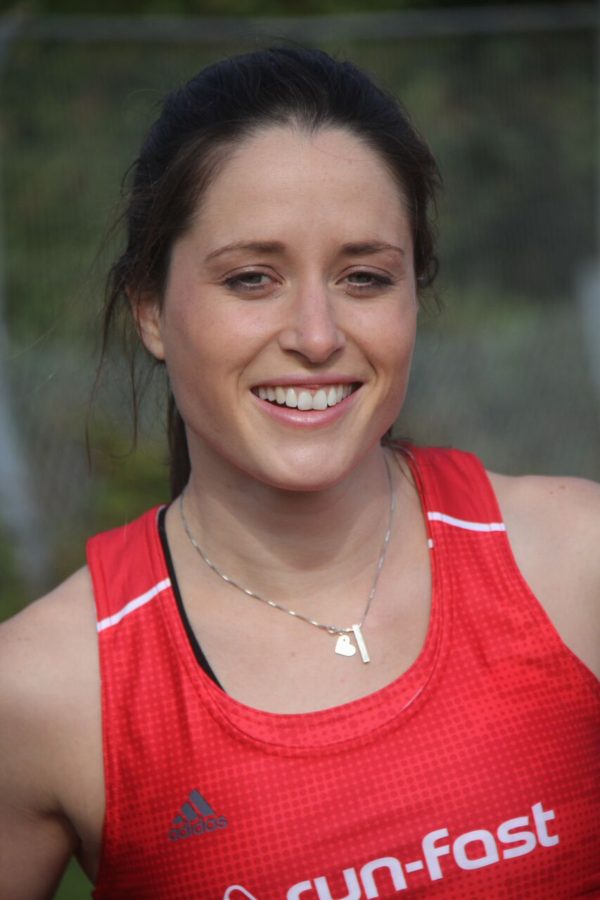 Run-Fast Birmingham athlete Sara Treacy had quite an eventful 2016…

We caught up with Sarah as she prepares for an exciting year, where one of her goals is to make a return to the World Championships.

You come from an active family and your parents are both accomplished runners; did this make sport seem like less of a chore to you and your siblings?

I never saw sport as a chore. Chores were things like cleaning the skirting boards or taking out the bins! I’ve always loved sport and I’ve always been really active. I didn’t know what it was like to be unfit until I had my first injury aged 17.

We did lots of sports and had good fun and healthy competition among the siblings. I have so many great family memories trekking all over the country together doing different things. I suppose having parents so big into sport meant we always had the utmost support from them. They recognised the importance of exercise and sport alongside our schoolwork.


Tell us a bit about the set-up in Birmingham, and why you choose to base yourself there.

Birmingham is great. I based myself there for university because I could see it offered access to a top class training and racing environment with an ease that few other places could match. I met my coach, Bud Baldaro, 10 years ago when I went for interview here and I never looked back! Bud is the best. His wealth of experience and knowledge has guided me through tough and brilliant years. He has the patience of a saint at times!

The university has an enthusiastic and knowledgeable high-performance team which is second to none. I’ve been well supported there since I started as a student. Partly due to those reasons and a critical mass of wonderful people and athletes, our group training there has gone from strength to strength over the last 10+ years. As a result I’ve hung around following my degree and plan to base myself there for some more time yet.

Being a doctor and an athlete must leave very little time to relax. How do you spend what must be very precious down-time?

I love to eat out with friends or go for a coffee when it suits. I live in an area where I have lots of places to go locally, which I love. If I’m in I like to watch films, or I’ll listen to music or podcasts while I do bits and pieces. I’m not much of a TV watcher and I never turn it on if I’m by myself! I mess about on Instagram or Twitter but I try to avoid them too much because they can just suck you in!

A real treat would be going to see a show or some live music. In the past this answer would’ve been about all the different sports and activities but nowadays, outside of the odd scenic walk. I don’t do too much for fear of injury or hampering recovery.

How did the experience of being at the Olympics compare to other such high-profile events as the European and World Championships?

Rio was different mainly due to the multi-sport aspect, the village and the sheer size of the teams.

There was a hype surrounding the event was like nothing I’d experienced before. The mainstream media were running features all the time and it was such a big countdown. Everything in 2016 was about the Olympics as opposed to the track season.

People getting in touch on social media and good luck texts and cards was the strangest part. I went to the Worlds in 2015 but it felt like barely anyone outside dedicated runners and my close friends and family would’ve noticed much. Now I’m ‘Sara the Olympian’!

In terms of race day it was no different from Worlds. In fact I thought the Birds Nest (Beijing’s national stadium) was more daunting.


Did the team do any conditioning ahead of the Games in order to cope with such high levels of heat and humidity?

Thankfully I did do some preparation for the heat and humidity as my final was in the middle of the day in 35 degrees!

Before Europeans and between Euros and the Olympics I spent some time in a heat chamber at the University of Birmingham with physiologist Ollie Armstrong measuring fluid loss during training and practicing coping strategies.

The Irish team flew out to a holding camp in Uberlandia, Brazil, for two weeks before going to Rio which had a higher average heat and humidity which was good preparation too. In 2015 I had a bit of a dry run practice with our Hong Kong preparation camp preparing for a humid Beijing.

What was the hardest session you did in the weeks leading up to Rio?

A couple that stand out in my mind, probably because of the emotional imprint they left!

There was a session I did in between Euros and London Diamond League where I ran absolutely awfully. I probably hadn’t recovered fully but needed to put one more effort in to get that last training effect and the result wasn’t pretty! I remember my training partners Julia Cooke and Alison Leonard reminding me that what I do in training does not replicate what I can do in a race and I struggled to believe them. A week later I ran a PB of 9.39 in the Diamond League!

I fell in the Olympic heats so I’ll never know what I would’ve run, but I did run 9.46 despite the heavy fall so I know I was in the shape of my life. In summary, training is only part of it.


Having competed at such illustrious events, are there any races on your bucket list?

There are still loads! Championships-wise, I’d love to compete in the World Indoors in Birmingham, that would be brilliant. Others would include some of the famous diamond leagues like Oslo and Monaco. These are meetings with huge history behind them and ones I grew up watching.

I’d also love to do some road races in the future, such as the 5th Avenue Mile and a few others which seem to have great atmospheres.


Do you incorporate other types of training into your schedule and how do they benefit your running?

I do running and hurdle drills, and weights and general conditioning stuff which make me stronger and prevent injuries. I swam a lot when I was younger but I find I don’t really have space to fit it into my training regularly now, unless I’m injured.

Do you have any pre-race rituals / superstitions / lucky charms?

No, I just like to stick to a routine to help keep nerves under control.


Do you listen to music before competing to help focus your mind? If so, what’s your go-to tune to psych yourself up?

I rarely need help getting psyched for a race! As such I tend to listen to music to relax.

I like to listen to stuff that makes me want to dance but it varies. One of my favourites was a White Panda mash up playlist called Barely Legal that lasted about 45mins.

Easily the hardest question! There are lots of handy places to run in Birmingham near where I live. It’s a good place to train. The Harborne Walkway and Edgbaston Reservoir are great for a bit of peace in the middle of the city.

Where I’m from in Ireland there are loads of great spots I drive to, like Carton House and Donadea Forrest. I love exploring on a run and I love that you can really see a place by getting your trainers on and getting out. I’ve trained in some pretty cool places around the world, like running through paddy fields on the Four Thousand Islands in Laos or through Central Park in New York.

I’m going to Iceland soon and I’m really hoping I can get some good runs in there.