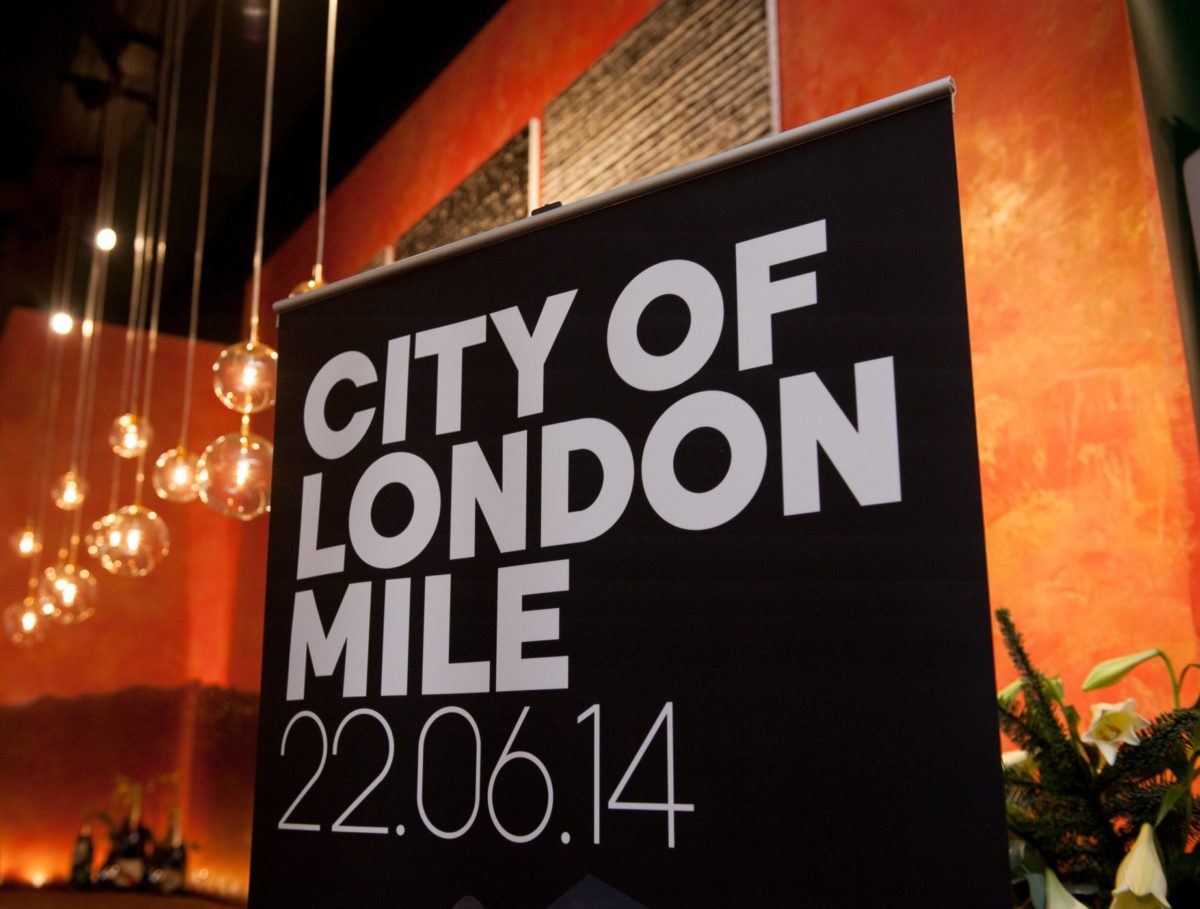 City of London Mile launched and open for registration

The City of London Mile, a brand new event coming to London next year, was launched yesterday at Searcy’s Champagne Bar, One New Change and registration is now open.

With a tagline of ‘How fast can you run a mile?’ the City of London Mile takes place for the first time on Sunday 22nd June, starting and finishing next to St Paul’s Cathedral in the heart of London’s Square Mile. The one mile course follows a historic route which takes in Mansion House, the Bank of England, Guildhall & St Mary le Bow Church, and it covers part of the London Olympic Marathon

The launch took place at Searcy’s Champagne Bar at One New Change, with a range of key figures present to show their support for the event. GB middle distance runner and Olympic athlete Hannah England was amongst the attendees at the launch and, pledging her support for the event, she commented: “I am happy to support the City of London Mile and would like to encourage runners of all levels to register and take part in the event next June. This is a great opportunity for London to be in the spotlight following the Olympics and a fantastic platform for runners to showcase their talent and to see how fast they can run a mile on a unique course.”

Peter McHugh de Clare, founder of Run-Fast said: “The City of London Mile course is iconic, fast and flat. We are passionate about fulfilling the Olympic Legacy in the heart of the city itself by giving people from across the country and across all age groups the opportunity to compete in an iconic mass participation sporting event and to run along a part of the Olympic Marathon course.

“The Mile is Britain’s most historically important distance and an accessible, inclusive race distance for runners of all ages and all levels, and we look forward to bringing the City of London Mile to the city in June.”

Entry fees to the City of London Mile are £15 for adults and £10 for children and runners of the Youth Mile (up to the age of 17). A family entry for one adult and one child costs £22, and a team of four from the same company can enter the Corporate Mile for £56.

All UKA members get a £2 discount, and every finisher will receive a medal and a goody bag.