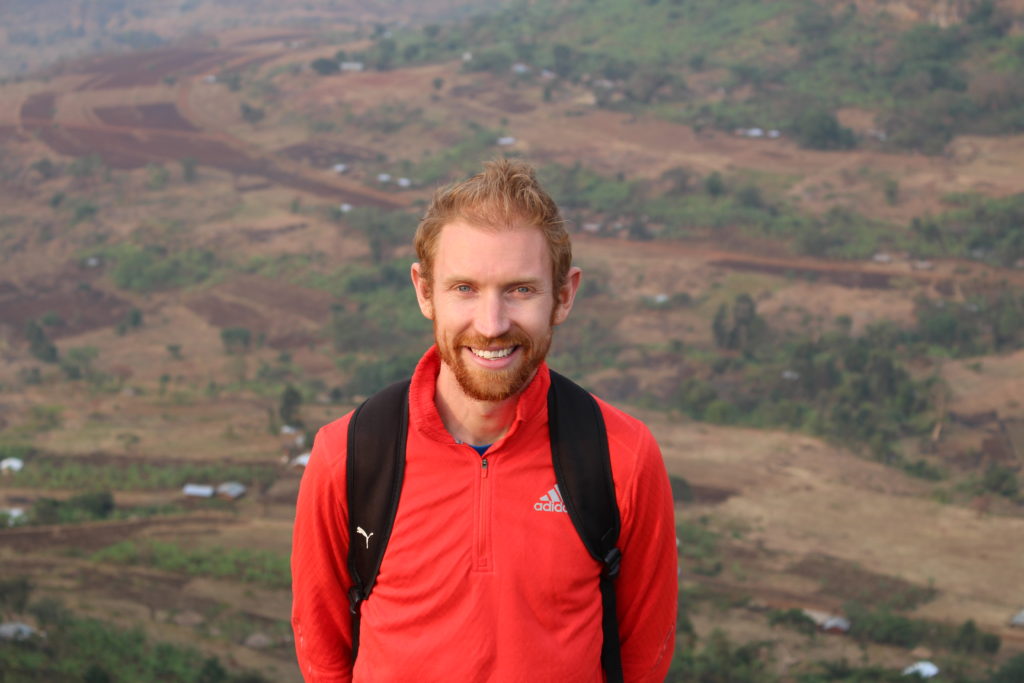 This was my first time to Uganda and I had been sent to meet the Ugandan Athletics Federation for a “fact finding mission”. This would basically involve travelling around different areas of Uganda, meeting athletes, eating with them, seeing where they live and taking part in as many of their training sessions as possible. After an arduous trip from London with a long stopover in Nairobi I finally arrived at Entebbe airport and was met by a driver who drove me to my hotel in Kampala. A good night sleep set me up for a day meeting the Federation who gave me a good overview of their operations, introduced me to all the staff members and took me through a rough programme of events that they had lined up for me. All very organised and I was pleased with what they had planned.

Run-Fast had sponsored a 10km race in a town called Mbale which would be run in conjunction with the National Half Marathon Championships. We had to travel from Kampala to Mbale by public transport, which is always a bit of a mission in East Africa. It started with a “boda boda” (motorbike) journey through the busy streets of Kampala and then a very long and uncomfortable journey in a matatu (a small minibus type vehicle popular in East Africa). Luckily the scenery was spectacular and I got to try some interesting local food. No idea what it was but it tasted good!

We finally arrived in Mbale where we found a small local guest house and bunked down for the night. I shouldn’t complain as the room only cost £4 for the night but in my room I had the biggest cockroach I have ever seen in my life! At least the bed was comfy and I slept well. The 10km race was due to start at 9a.m. and, as the Run-Fast representative, I had decided to take part. I was up nice and early to have my breakfast for 7a.m. before heading to the starting area where I met the Run-Fast athlete and former World Champion Dorcus Inzikuru. She didn’t know I was coming so was shocked and very excited to see me.

Dorcus is a superstar in Uganda, similar to the likes of David Beckham in the UK. She gets mobbed wherever she goes but still lives in very basic accommodation in order to live life as an athlete. She is an inspiration to many Ugandans and has done a lot for her country. 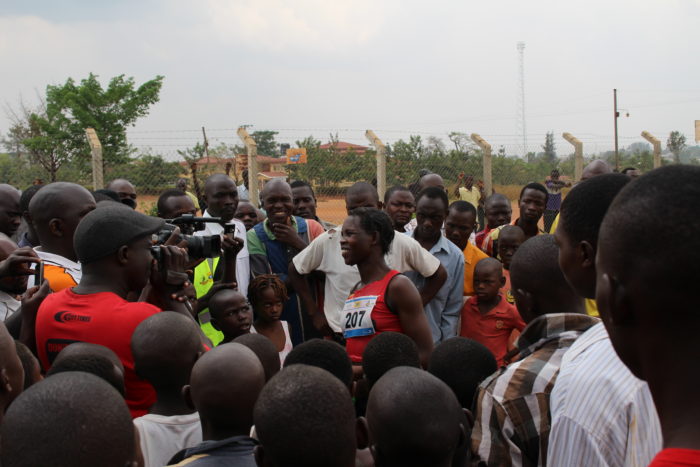 As soon as the sun came up in Mbale the temperature began to rise and nearing the race start time it was around 25 degrees. Unfortunately in typical African fashion the race didn’t start on time, in fact it didn’t start until 10.30a.m. a full 1hour 30minute delay. Having not had anything to drink and standing in the sun for all this time by the time the race got underway I felt terrible, this combined with the long travel, altitude and about 30 degree heat contributed to one of my worst race results ever! That said, it was a great experience as we got to run through some tiny villages and being the lone “mzungu” in the race I got fantastic cheers and encouragement. 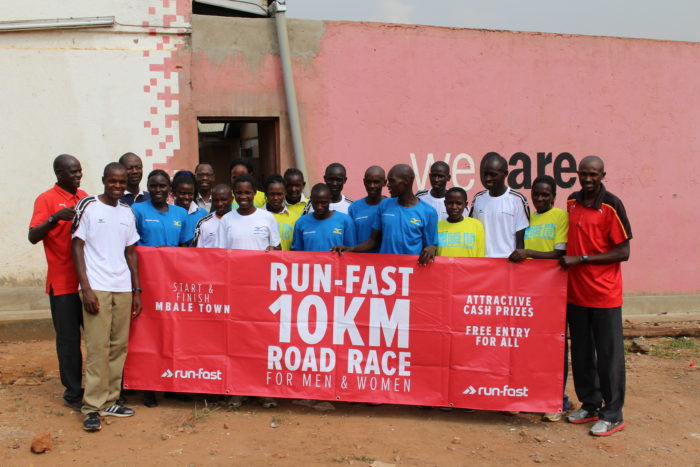 It took me a while to recover from the 10km but I was up in time to watch the winners of the half marathon come in. Moses Kipsiro who is the reigning Commonwealth 5000m & 10,000m Champion came 4th, showing the talent that they have in Uganda. Part of any race in Kenya or Uganda are the speeches after the race, these can range from a “short” hour up to a full day of speeches! Luckily we only had a couple of hours to get through.

Next stop on the tour was a small town called Kapchorwa, this is in the foothills of Mount Elgon at an altitude of over 2000m. I was staying in a pleasant guest house and had a fantastic time visiting and training with lots of different groups. A regular training partner was Run-Fast athlete Juliet Chekwell. Juliet competed in the World Championships last year in Moscow, running a new National record in the 10,000m.

Because of this the government gave her enough money to buy some land and build some basic houses for herself and her family. I spent a delightful day at her home where she cooked me a full-on Ugandan feast; I could hardly move by the end of it I was so full. I was really moved by the hospitality and generosity of all my new Ugandan friends. Even though I have spent a lot of time in Kenya I have never been to a place where people have so little but give so much.

My time in Uganda soon came to an end and I travelled back to Kampala with many fond memories and new friends. Hopefully I will get the chance to return in the next few years as Run-Fast continues to develop and grow a strong team of Ugandan athletes.