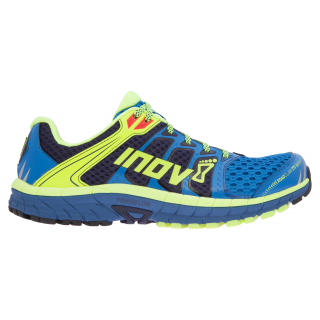 Inov-8 have a solid reputation in the field of off-road, mountain and fell running. The Road Claw 275 is their first offering aimed at road runners and store manager David given a pair to try.

When Inov-8 had released the Road Claw I was sceptical as to where they had been pitched in the market.

Inov-8 told me it was designed to rival highly cushioned neutral favourites, such as Brooks Glycerin and Nike Zoom Vomero. I have worn and loved both of these shoes for the best part of a decade. The category of top-level cushioned, neutral shoes tends to offer maximum cushioning for mile munching. It’s often a category that you run in often accepting that more cushioning means a bit of extra weight.

My ‘out-of-the-box’ impression of the Road Claw was how light it felt. At only 289g (men’s UK9.5) it is a full 31g lighter than the Nike Vomero and Brooks Glycerin.  It looks a bit than comparable shoes on the market and is more flexible than models I’ve used, which is really evident when I run.

The Road Claw feels really responsive while also giving ample impact absorption for a forefoot striker like myself. What I love about the shoe is that it retains a lot of the traits that have made Inov-8 so popular over the past 13 years. The shoe feels really well constructed and durable and the grip is sensational. The outsole deals with wet cobbles better than any road shoe I have ever used. I’ve clocked up 420 miles in the Road Claw and the ride is just as enjoyable as the first mile.

Releasing the Road Claw was an exercise in expanding the brand to be truly all terrain and for me, this shoe delivers. For runners who are looking for something different to the normal list of top end cushioned shoes, give it a go.


Note from the Ed: