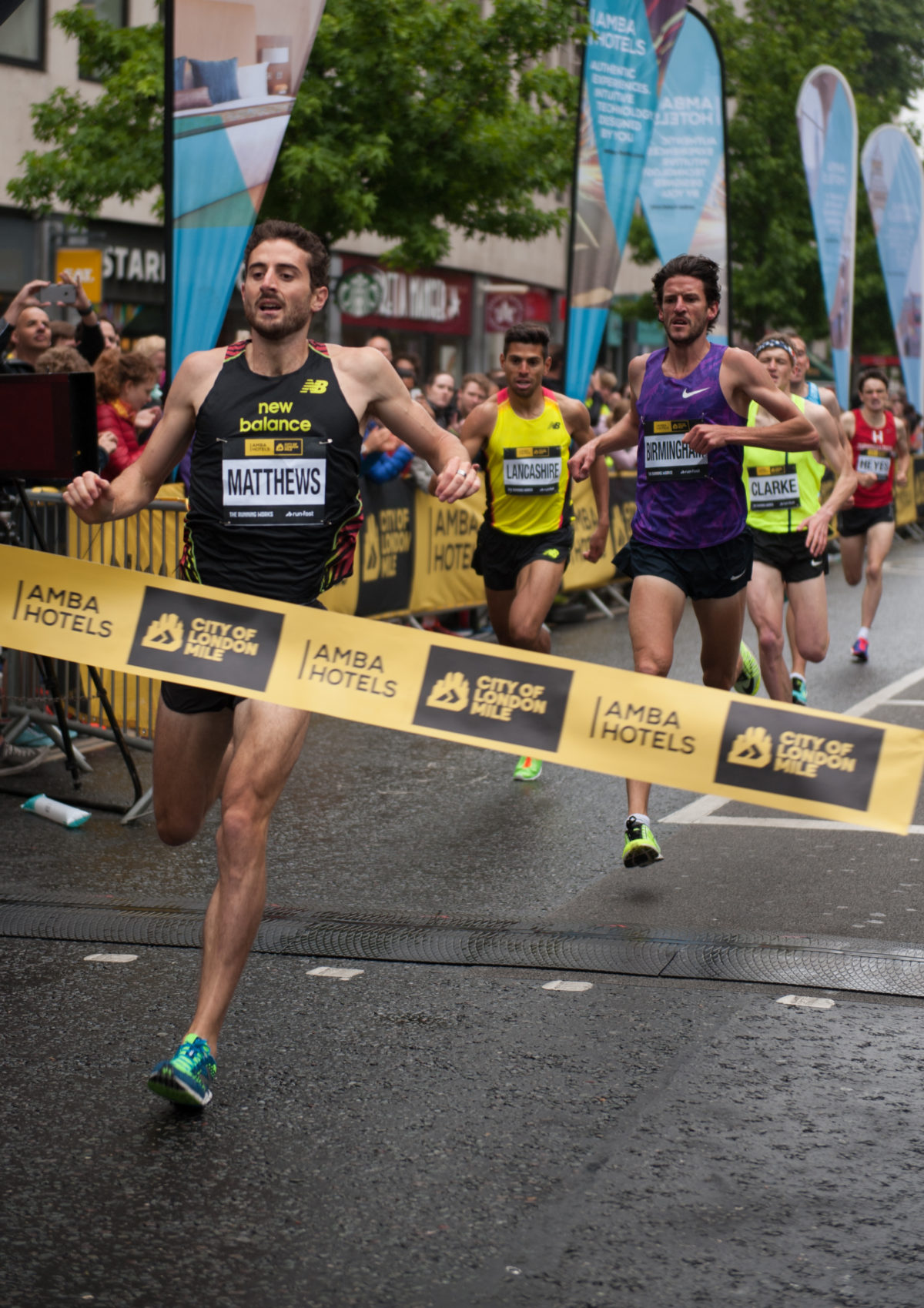 The ten o’clock chimes of St. Paul’s Cathedral heralded the start of the 2015 Amba Hotels City of London Mile. Over the course of the day thousands of feet pounded the city streets in sixteen different races.

The City of London Mile 2015 attracted just short of 2,500 runners, which is more than double the number of the inaugural event. Runners of all ages and from all walks of life braved tube disruptions and less than favourable weather to challenge themselves over athletics’ classic distance.

The City of London Mile

Team Run-Fast athlete Peter Huck won the first race for the second year in a row. The 25 year old narrowly missed out on a personal best with a time of 4:25.

Nikki Emerson blew the rest of the field away in the Wheelchair Mile. Her finish time, a new personal best of 4.45, was more than two minutes ahead of the second finisher. A representative from the Weir Archer Academy commented that they had a number of first-time competitors with them and found it to be the perfect atmosphere for their athletes.

The Family Mile was the biggest event of the day by far. In the minutes leading up to the gun, hundreds of family members joined in with the volunteers singing ‘If You’re Happy & You Know It, Clap Your Hands”. It was an uplifting sight to see many families cross the finish line hand in hand.

Another popular wave was the Women’s Mile, which was held for the first time this year. The race, aimed at encouraging more women into running, attracted over 400 entries. Many of the women on the start line were taking part in their first ever race. Among them were sub-three hour marathon runner Nell McAndrew, and the winner of the British leg of the 2015 Wings for Life Kate Carter. The race was won by Kirsty Tydeman of Woodford Green AC. in 5.17. Nell McAndrew came second in 5.44 and Kate Carter third in 5.51.

Alison Leonard won the elite women’s race in 4.39.23, having led from the halfway mark. Leonard shaved more than four seconds off the course record, which was set by Genevieve LaCaze in 2014. Jemma Simpson made a strong move from fourth into second position in the final 300 metres, finishing in 4.40.86. Zoe Buckman of Australia finished very close behind in third place. The first ten female athletes made it across the finish line in under 5 minutes. 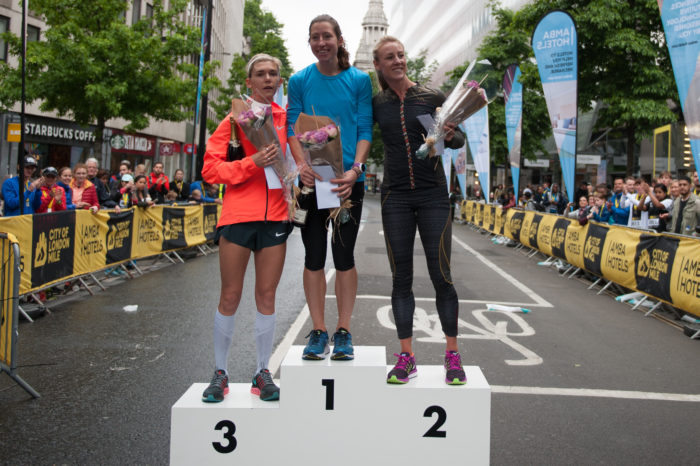 The impressive men’s elite field, including Britain’s Tom Lancashire and Lee Emanuel, gathered on the start line for the climax to the day’s races. A close-knit pack set off at the gun, with the race still very much up for grabs at the halfway point. Australia’s Collis Birmingham led the group through the 1000m mark with the other athletes hot on his heels.

It was a closely fought battle on the final turn into Cheapside, with Tom Lancashire in the lead with 300m remaining. Lancashire, Birmingham and New Zealand’s Julian Matthews remained tight but it was Matthews, in his first ever road mile race, who broke the tape. His finish time of 4.03.40 broke the course record set by Ryan Gregson last year.

Collis Birmingham took second place in 4.04.05, with Lancashire very close behind in 4.04.17. The first five men all achieved sub 4.05 minute finishes despite the wet conditions, proving that the course holds potential for faster times.

“To get course records in both elite races is particularly satisfying. On the men’s side, we’re edging ever closer to the magical four-minute barrier. We had seven nationalities represented in the elite races. In only our second year is a significant achievement.”James Ruskin, race director 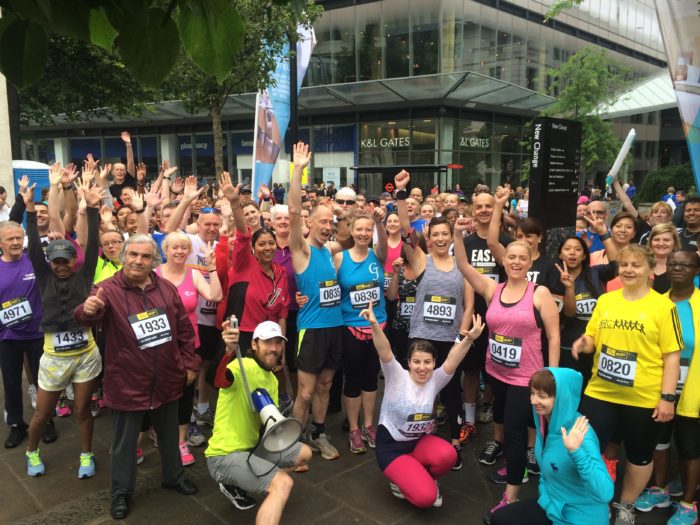